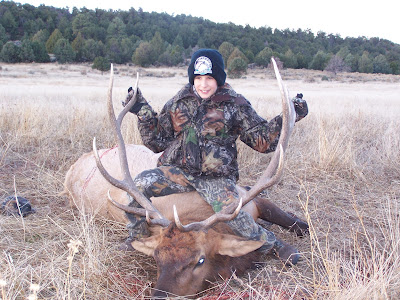 A 13-year-old Mississippi boy suffering from cancer enjoyed a hunting and fishing trip of a lifetime here in New Mexico recently thanks to a local outfitter and the Catch-a-Dream Foundation.

“It was great,” Riley Carson, an eight grader, said in a telephone interview from his home in Grenada, Miss. “Just like a dream.”

Carson bagged himself a six-point, bull elk near La Jara and then landed a 20-inch rainbow trout on the San Juan river during a weeklong trip in October, said Walt Taylor of Red Top Mountain Outfitters.

“I’ve guided grown men who couldn’t hold a candle to this boy,” Taylor said of Carson. “I’ve never seen a young man hunt as well as he did. He showed remarkable poise.”

Carson regularly hunts in the woods near his hometown in rural Mississippi and loves the outdoors, says his dad, Ronnie, who works at the local paper mill.

“He’s the real deal,” he said of his son’s hunting prowess.

Deer are so prolific in Mississippi that the deer hunting season runs for four months and the bag limit is 10 animals, Carson said.

But Riley’s carefree, outdoor life was interrupted this past summer when a routine dental checkup revealed a cancerous tumor in the roof of his mouth.

Riley had to undergo surgery and is now in remission but requires regular checkups at a Houston cancer center due to his cancer’s aggressive nature. Read more about Riley’s medical affairs at the Carson family’s online journal .

During the ordeal, the Catch-a-Dream Foundation, a non-profit organization based at Mississippi State University’s Extension Service in Starkville, received Riley’s application for his dream hunt, said Bill Smith, an Extension Associate assigned to the organization.

But Carson’s application came in too late to qualify for the usual process of obtaining an elk permit this year, Smith said.

“We didn’t want to let it wait till next year though,” Smith said.

Smith said he took a personal interest in Riley’ case because he was a Mississippi boy. Smith began looking for help in finding a hunting permit for elk when he was referred to Taylor’s son, Paul, who is a veterinary student at the university.

Paul Taylor referred Smith to his dad out in New Mexico and they were able to locate an available landowner’s permit that could be used in Taylor’s usual hunting unit, Smith said.

Smith then arranged for the Carsons to fly out to New Mexico for a week’s stay at the Taylors’ cabin and a guided hunt and fishing trip in late October. 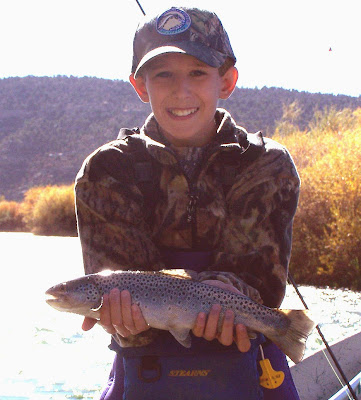 The Taylors contributed to the cost of the elk tag, provided outfitter’s services and accommodations while the Catch-a-Dream Foundation picked up the travel and all other costs, Smith said.

“These families needn’t worry about what we’re spending,” Smith said. “It’s a chance for them to take a trip of a lifetime, be away from the hospital for a week and fulfill their child’s dream.”

The foundation has helped 140 families since it was established in 2000, including two from New Mexico, a Los Lunas girl who went fishing at Navajo Dam and a boy from Mentmore who hunted deer, Smith said.

The foundation was the idea of Bruce Brady, a Mississippi native and avid outdoorsman, who wrote for Outdoor Life and was a cancer victim himself. Brady wanted to fill the gap created when the national Make-a-Wish Foundation decided it did not want to fulfill any wishes involving hunting, Smith said.

The leading request in 2006 of the Phoenix, Az. based Make a Wish Foundation was a trip to Disney World, according to information posted on its website.
Smith acknowledged that some might find the Catch-a-Dream foundation’s mission controversial.

“But we’re not forcing this on anyone,” Smith said. “We’re here for people who desire to do this.”

Smith said the organization received 64 applications in 2007, hopes to fill 50 and is only limited in its ability to serve by the contributions it has received.

Some of the major contributors to the organization have included Wal-Mart, Georgia-Pacific, Coca Cola, Cabela’s, Mossy Oak, Shell Oil, Kroger and Winchester Ammunition.

Smith said the foundation fills a special niche and serves a useful purpose in providing relief to children and families mired in medical problems.

Taylor said he thinks the program is beneficial and wants to help more children enjoy the same opportunity.

Taylor said he and his brother, Jared, who operate the guiding business have also donated their time and services to the Navajo Mission out of Farmington. They regularly take kids fly-fishing on the San Juan River and guide a parent and child team on a turkey hunt, Taylor said.

The Carsons couldn’t say enough about the trip and all the wonderful people who stepped up to help them.

“We have never been treated so kindly,” said Riley’s mother, Teresa, who works as a teacher’s aide. “The whole town (La Jara) was real precious to us.”

A crowd of neighbors appeared in the wake of Riley’s kill and helped dress out the animal, she said.

“We pride ourselves on our hospitality here in the South but it was a good or better out there in New Mexico,” said Ronnie.

For more information about the Catch-a-Dream Foundation see their website .

This article has also appeared in the Santa Fe New Mexican’s Outdoors
section.