Fly Tying – A How to Guide 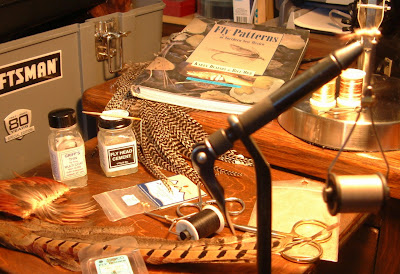 It is the essence of flyfishing, when a trout rises to the surface of the water to sip down a bug and discovers it has been fooled.

Then there is the great sense of satisfaction in knowing that the fish took your home-made fly as readily as any other.

Tying one’s own flies for fishing is a time-honored tradition among the flyfishing community and it’s the easiest way to save money on what can be a very expensive sport, says Bill Orr, former manager of the High Desert Angler fly shop in Santa Fe.

“Plus you get the satisfaction of catching trout on your own fly, you can tweak them any way you want and you’re not being afraid of losing them either,” says Orr, who is now a sixth grade school teacher in Los Alamos.

Hand tied flies can cost as little as 15 cents apiece compared to $2 a pop at the fly shop, Orr says.

“That’s a lot of money that can be saved for gas to go fishing,” Orr notes.

A beginners’ fly tying kit can be had for as little $50 from the Cabelas mail order catalog, complete with a vise and all the necessary hands tools, a supply of hooks and materials and an instruction book to get you started on some simple patterns, Orr says.

Some simple patterns for beginners include many of the traditional flies seen on Western trout streams like the Caddis dry fly and its emerger. Then there’s Wooly Boogers, Hares’ Ear Pheasant Tails and one of the most versatile of flies, the Adams, Orr says.

Many of the materials and equipment used to make these flies can also be bought a local fly shop. They consist of elk hair, chicken, duck, pheasant and peacock feathers, rabbit fur, and other materials that fly tying recipes call for.

It should also be noted some of these fly tying materials can found on the forest floor, by the streamside or at a local farm.

Orr remembers well one of his first experiences in dealing with a hand-tied fly.
It was on a trip to Crystal Lake in Wyoming at the age of 5 with his dad, a Texas oilman.

Young Bill hooked his dad’s ear with a #10 Fan Wing Coachman while learning to cast. “I remember all that blood when he yanked it out, barb and all,” Orr says.
Orr spent many a summer in Wyoming fishing with hisDad and his sister, Kris. He learned to tie flies from her. She played the oboe and tied her own double reeds for it on a rudimentary vise. 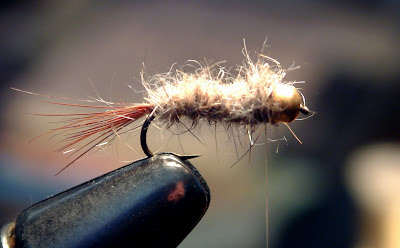 “It looked a lot like she was tying flies so we asked her to whip us up a few while she was at it,” Orr says. “She got tired of that pretty quick, and I had to learn to do my own.”

One of his first creations was the “Murderer,” a wet fly turned dry by standing the wings up when he tied it. The body was made of black acetate floss that would melt to form a hard, shiny body when dipped in nail polish remover (acetone).

That fly caught him a record number of brookies at a place called Paint Rock Creek in Wyoming when he was 10 — 168 of them.

Counting fish was all the rage then but most ended up being returned to the water, he says. 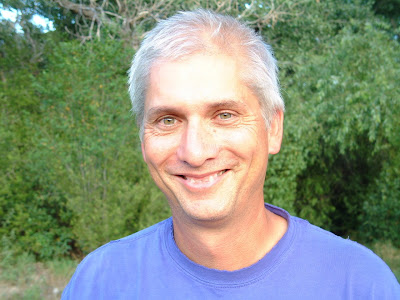 Orr says he tied and fished that one pattern for years with great success and beginning fly tiers can do the same, tying their favorite patterns and fishing them with confidence.

Homemade flies can also be dressed up with beadheads and lead to make them sink. And flashy materials can be added to make them easier to see in muddy water, Orr says.

“There’s any number of things you can do when tying your own flies,” he says. “And it’s calming, meditative work.”

Kitchen tables have served fly tiers well for clamping down their vises and working off of, but one thing that’s absolutely essential is a spring loaded, adjustable lamp that can be moved about to shine light upon one’s work, Orr said.

And Orr suggests beginners buy Skip Morris’ “Fly Tying Made Clear and Simple” to get started and after attaining some skill, pick up “Fly Patterns of Northern New Mexico” to really get into the sport.

Either way, it’s a great way to cut down on fishing costs, increase angling satisfaction and boast of being an artist, too.

The sun sets over the hills east of Santa Fe in March, 2008. 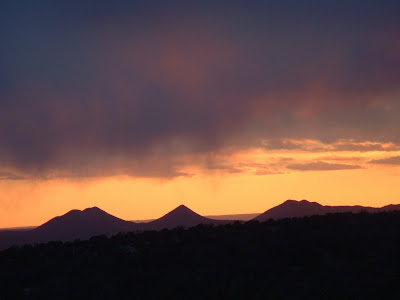