Jude Duran – The Reasons Behind the Bank Robbery 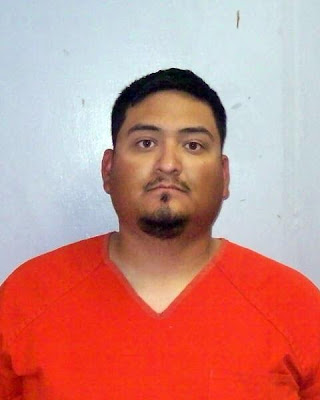 Accused bank robber and former San Juan River guide, Jude Duran, robbed a Colorado bank because he feared the political direction the country was taking and wanted to prepare himself with guns and money, according to court records in the case.

Duran remains held without bond at a federal prison in Littleton, Colo., where he is charged with a single count of bank robbery that carries a maximum penalty of 20 years in prison. His case is set to go trial in Denver on Oct. 14.

Duran, 29, of Flora Vista, was found to be a threat to the community and denied bond during a June detention hearing before US Magistrate Judge Kathleen Tafoya, according to court records in the
case. (See the court records here .)

The judge cited a number of reasons in denying bond including statements Duran allegedly made to police following his arrest for the May, 2008, armed robbery of a bank in Montrose, Colo.

Tafoya noted Duran told officers he robbed the bank because he “does not like the way the country is going (politically) and he wanted to prepare himself financially and with weapons,” according to court records in the case.

Tafoya noted that the political climate hadn’t changed since the robbery and thus she was reluctant to release him for fear he may do it again.

Tafoya also noted that although Duran was being treated for mental health issues including obsessive-compulsive disorder he willfully declined to take medication to control himself the day of the robbery.

Tafoya also cited the premeditated nature of the crime, which Duran admitted he’d been planning from months and included the black market purchase of a handgun that he used to threaten tellers during the holdup, according to court records.

Tafoya noted numerous supporters of Duran wrote the court arguing his behavior was uncharacteristic, thus fueling her determination that if released, Duran’s obsessive behavior might continue undetected by friends and family.

Duran posted a letter on his website at www.customflys.com in which he revealed his mental condition, lamented his predicament and appealed for financial assistance. It has since been removed but a copy can be seen here .

Before his arrest, Duran, an Albuquerque native, was a popular and well known, independent San Juan River guide who’d gained notoriety for his support of the use of multiple fly rigs on the blue ribbon, trout stream below Navajo Dam.

Such rigs have since been banned on the San Juan River at the request of a coalition of guides and fly shops who claimed the rigs caused needless death and injury to trout in the legendary trout fishery.

This article was originally published in the Santa Fe New Mexican on 8/17/08.