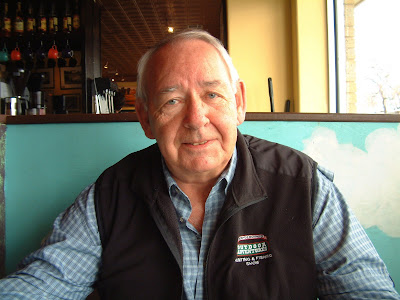 Just when cabin fever has you climbing the walls, Bob Gerding’s annual hunting and fishing show comes along to bring the great outdoors inside for a few days.

“It’s a great way to bust out of those winter blues,” says Gerding who celebrates his 10th anniversary of hosting the show at the state fairgrounds in Albuquerque.

For three days, outdoor enthusiasts can find hunting and fishing guides, lodge operators, outfitters, outdoors equipment retailers and nonprofit organizations manning booths at the Manuel Lujan Complex on the state fairgrounds in Albuquerque.
There’ll be events for kids, including a rock-climbing wall, laser and BB gun shooting ranges and a fly-casting pool.

Visitors will find seminars on dog training, fly-fishing the San Juan River in New Mexico or the Arkansas River in Colorado, African safaris and quail hunting.

There’ll be recreational vehicles of all types on display and informational booths from organizations such as the state Department of Game and Fish, Trout Unlimited, New Mexico Wilderness Alliance, Federation of Fly Fishers and the New Mexico Wildlife Federation.

To celebrate the show’s 10th anniversary, Gerding is giving away an Alaskan fishing trip including lodging, meals and airfare.

Door prizes and giveaways include an elk hunting permit on Ted Turner’s Vermejo Park Ranch and a Chama trip including passes on the Cumbres and Toltec Railroad.

“I just love it, these are my people,” Gerding, 69, of Albuquerque says.” It’s like a family reunion. It’s fun work.”

Gerding’s family and friends are all involved in making the show work, as are many of the business associates he’s come to know over his years from his work in the outdoor arena.

You may know Gerding from his deep, distinctive voice, tall stature and mane of silver hair. He hosts the weekend television show “Wild New Mexico,” talks fishing on 94Rock radio every Thursday and takes calls from viewers of KRQE-TV 13’s noon, news show on Wednesdays. He’s even done some voice-over work for commercials over the years.

Gerding says he ended up on the bawdy, heavy metal, radio show because the popular DJ, T.J. Trout, likes to fish. 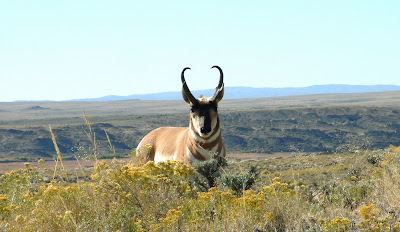 Gerding got the idea for the annual hunting and fishing show while attending outdoor shows in Arizona and Colorado where he was marketing a book. He decided it was time to find a show closer to home and the idea was born.

The shows have proven to be very popular with up to 8,000 people attending last year, he said.

He holds a business degree from the University of New Mexico where he has been named to the Anderson School of Business’ Hall of Fame. 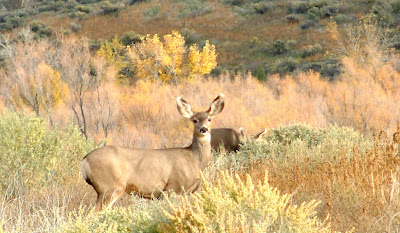 Gerding and his wife, Harriet, a retired financial advisor, have two sons, Patrick, of Phoenix and Mike, of Denver, both of whom work in the business field.

A daughter, Laura, died at the age of 40 due to breast cancer, Gerding said.

He has a twin, Dick, a Farmington attorney whose likeness to his brother has come in handy on occasion.

“I’ve had him fill in for me once,” Gerding says of an instance involving a family
emergency. “He did some live (television) interviews and nobody knew the difference.”

Gerding said he and his brother took an interest in the outdoors as kids and their dad accommodated them with vacations to places like the Brazos River near Chama.

There the boys learned to fish from mentors like an elderly spinster from Albuquerque who took summers off from her job as a bookkeeper to relax and fish on the river.

Gerding said in those days they learned to fish with worms, salmon eggs and flies like a gray-hackled peacock or the Rio Grande King. Inevitably, they stuck to fly-fishing out of pure laziness because it was easier than baiting a hook all the time, Gerding said.

Gerding said he liked that job because he got to fish twice a day, once in the morning while the clients were getting ready to go out and later in the evening while they were all at happy hour.

He turned out to be such a good fisherman that one of his additional duties was to provide trout for the traditional Friday night fish fry, Gerding said. 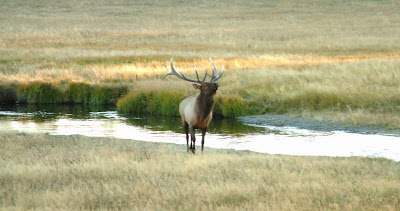 And while fly-fishing might be a very popular outdoor pursuit today, it wasn’t always so, Gerding said. It was a little known fishing method back when he was a youth, he said.

“I’d be fishing down on the Rio Grande by the Taos Junction bridge and people on the road would stop just to watch,” he said. “I’d draw a crowd.”

Then fly-fishing really took off after the Robert Redford’s movie “A River Runs Through It” came out in the 1990s, Gerding said. The yuppie era’s lifestyle and affluence also helped fuel interest in fly-fishing and other outdoor recreational pursuits, he added.

Gerding figures he’s taught at least 2,000 people how to fish during the course of his career.

Take I-25 south to Albuquerque, get off at the Louisiana exit and follow it down to Lomas, turn right and head down to San Pedro, take a left and head down to the fairgrounds (now called Expo New Mexico). If to hit Central, you’ve gone to far. The show begins at noon on Friday, Feb 8th and runs until 7 p.m. It picks back again at on Saturday, Feb. 9, starting at 9 a.m. and continuing to 6 p.m. and then again on Sunday, Feb. 10, from 9 a.m. to 5 p.m. Admission is $7 for adults and kids under 12 years old get in for free. Parking at the fairgrounds is $4.