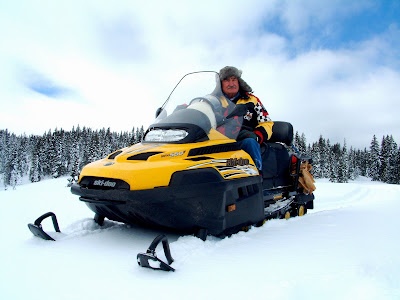 Bill Koozer gazed out across the deep, sparkling snow and towering pines of the high mountains above Chama and sighed with satisfaction.

“It’s so exhilarating,” he said. ”I feel very fortunate to be here.”

Koozer operates Cumbres Adventure Tours out of a roadside cabin off State Road 17 in the San Juan Mountains of southern Colorado.

And at age 76, it’s something this retired farmer and Marine Corps veteran still enjoys immensely.

“I like to see people having fun and enjoying the mountains like I do,” he says of his many customers who venture into the backcountry on his snowmobiles. ”And most of them seem to come back with a smile on their face, too.”

Koozer talks about retiring someday soon to spend more time with his family down in the warmer, sunnier climate of southern Arizona.

But when you see him gunning a powerful Skidoo up a hill of snow, the flaps of his mad bomber cap splayed out in the breeze, one might question that notion.

Koozer grew up on a farm in western Nebraska near the town of Alliance where his family did well raising wheat and potatoes during World War II.

Koozer went on to play football at Chadron College in Nebraska where he majored in physical education. But upon graduation, he discovered coaching jobs didn’t pay very well and instead of coaching he joined the Marine Corps.

“You know, I’m not sure what I was thinking,” he said of that decision. “I had some friends going in, there was a group of us.”

So at the height of the Korean War, Koozer shipped off to Officer Candidates School at Quantico, Va.

“It was tough,” he said. “We had four guys die during training.”

Koozer went on to earn his commission as a second lieutenant, but by that time a truce had been called in the war and he ended up as the company commander of a transportation unit at Camp Lejeune, N.C.

Koozer served his two-year term and then walked away from the Corps, returning to his roots in western Nebraska.

Koozer decided to follow in his father’s footsteps and tried farming for a living. As his career progressed, Koozer gravitated to the distribution side of the business and eventually opened a packing shed in Hereford, Texas.

“It was very profitable,” he said. “But the problem was I wanted to make too much money too fast.”

And thus Koozer learned his first hard lesson about the agriculture business when a torrential rainstorm wiped out a huge onion crop he had backed with most of his money.

“It put me in pretty bad shape,” he said.

But he learned from the experience and moved on to successfully manage several different farms and agricultural operations over the years, primarily in southern Colorado.

But despite his diligence he was to encounter hard luck again when a business deal with a partner on a lucrative farming operation went sour and he incurred another heavy loss.

“It still bothers me to talk about,” he says of that affair. 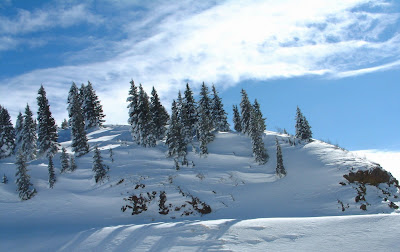 Koozer doggedly stuck with the farming business but kept his eyes open for an opportunity to get out.

“It’s probably the best way to grow up, living on a farm,” he said. “But it can be a frustrating business.”

Koozer said as a kid he remembered working in the farm fields of western Nebraska and straining to see the far off mountains where he vowed to work and live someday.

So as Koozer worked the farms of the San Luis Valley of southern Colorado he also enjoyed visiting the mountains surrounding them, like those above Chama.

“And one day I saw these guys out running around on one of these (snowmobiles) and I decided then I had to have one,” Koozer said.

Koozer liked the machines so much he decided to turn others on to them and thus his touring business was born.

“Those guys out there with the snowmobiles are the greatest,” said Billy Plagens, 53, of Franklin, Texas, a roofing company owner who along with family went riding with Koozer’s guides in mid-January. “The best part was seeing all that country.

It’s really pretty. I mean this is something everybody should do at least once in their life.”

Koozer said the recent and much publicized plight of two Farmington, N.M., families who got lost in a blizzard while snowmobiling in the mountains above Chama shouldn’t scare off potential riders.

“It can happen when you don’t know the area and aren’t watching the weather,” he said. “People get to having a good time, get careless and the first thing you know a storm comes up behind you.“

Those families had to hole up in the Cumbres and Toltec train station at Osier and ride out several nights until the weather broke and help arrived.

“But in the end they did the right thing, they hunkered down and waited for help,” Koozer said.

Koozer’s riders are also provided snowsuits, helmets and other outdoor equipment so they’re prepared to deal with backcountry conditions. Rides can last just a couple of hours or for as long as half or full day. Check out www.cumbresadventuretours.com for prices and other details.

Koozer said he still accompanies tour groups on occasion but prefers to let his crew handle the rigors of leading new riders out across the snow.

And with up to six feet of snow on the ground and more expected in the coming week, Koozer said he expects the snowmobiling season to last well into April.

“I haven’t seen it like this in the 14 years I’ve been up here,” he said.
Koozer said those interested in seeing the snow blanketed, high country from the seat of a high-powered snowmobile need only give him a call at 719-376-2161 to arrange a tour. 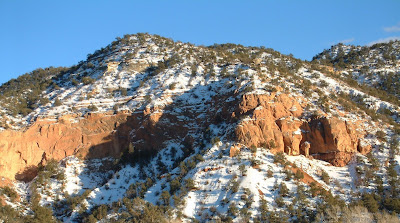 If You Go: Take US 84/285 north out of Santa Fe and at the first light in Española cross the river and continue on US 84 through Abiquiu to Chama. Pass through town past the railroad depot. Continue on up State Road 17 past the railroad station at the crest of the mountain. Continue on down the highway until you come to a sweeping curve in the road with a wide valley and several cabins and homes on the right. Look for the steak house and saloon and the Cumbres Adventure Tours sign. Pull in there. About 260 miles roundtrip. For an alternative return trip continue on Highway 17 over the mountain down to the Conejos River and the little village of Horca. Continue on Highway 17 past Foxcreek and on to the outskirts of Antonito and then take US 285 south through Ojo Caliente to Española and then back to Santa Fe on US 84/285. Adds about 10 miles to trip.