The Valles Caldera – A Winter Groove

The air is biting cold but the winter sun shines bright as the musty odor of horses washes over the gently rocking sled, the gentle jingle of its sleigh bells adding to the sparkle in the air.

The Valles Caldera National Preserve is open for business again this winter with sleigh rides, snow skiing and snow shoeing to be enjoyed on a fresh layer of deep, dazzling, snow.

“This is awesome,” said Courtney Harris, of Albuquerque, as she enjoyed an outing with her family on New Year’s Day. “The scenery is breathtaking, it’s so relaxing.”

Harris’ family joined those of the Mocklers of Santa Fe and the Schmidts of Los Alamos in the bed of the sleigh, seated atop hay bails and bundled beneath blankets as they ventured through the shadows of the woods.

Preserve Guide, Larry Sellers, patiently answered questions from his seat in the rear of the sleigh while pointing out the massive girth and extraordinary height of a nearby towering Ponderosa pine.

“This area was never logged so some of these trees are four or five hundred years old,” he says.

The passengers gaze out over the side of the sleigh at the vast, bowl-shaped expanse of the 89,000-acre Valles Caldera, an ancient collapsed volcano that once held a massive lake.

Sellers explains how about 53,000 years ago a quake shook the earth and opened a seam from which the lake spilled, its rushing waters carving the canyon that now leads down to Jemez Springs.

The New Year’s Day sleigh ride was the last of the opening week of the winter season at the preserve. It was six straight days of winter fun for hundreds of guests who took advantage of the holiday festivities, Sharp said.

And more fun can be had on upcoming weekends and on free access days scheduled for Presidents Day and Martin Luther King’s holiday. Cross-country skiing and snow shoeing under moonlit nights are also scheduled for every other Saturday night starting Jan. 5 until the end of March or until there’s no more snow, says Recreation Coordinator Rob Dixon, a Clayton native, graduate of the College of Santa Fe and former Navy combat medic.

There may even be some night rides in the sleigh or wagon when the temperatures pick up a bit, Dixon said.

“The temperature drops fast once the sun goes down behind those mountains,” he said. “It was 28-below zero here last night.”

The schedule of upcoming events and reservations can be made on the preserves’ website . Information can also be obtained by calling the preserves’ office in Jemez Springs at (505) 661-3333. 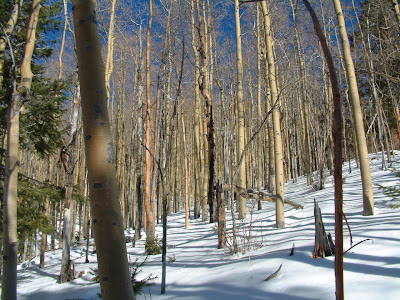 Dixon conceded he has a difficult job in trying to satisfy the public’s desire to explore and enjoy what was once locally known as “The Baca” while continuing to protect the preserve’s near pristine environment.

“So we’re taking it slow to protect the place,” he said. “But I can’t stress enough how important the public’s input is in determining the programs we put in place.”

The preserve is taking public input now regarding a proposed overnight camping program and people who want to influence the outcome need to get involved, he said.

“We’re always looking for volunteers too, dependable people, who can work the parking lots, patrols trails and assist the public,” he said. “They play a big role in whether we’re successful or not.”

Hikers like, Talitha Arnold, a minister at the United Church of Santa Fe, said she appreciates the preserves’ slow pace in developing public use programs.

“It’s an incredible place, the first time I came here I felt like I was walking on sacred ground,” she said while taking a break in her afternoon hike. “I’m glad they’re restricting people and taking a scientific approach to preserving it so it doesn’t just become another theme park.”

Permits and fees are required for most of the preserves’ programs as the ranches’ operations are mandated to be self-sustaining in the future.

Those interested in getting involved in efforts at the preserve can also join the group Friends of the Valles Caldera’s and find more information at their website. 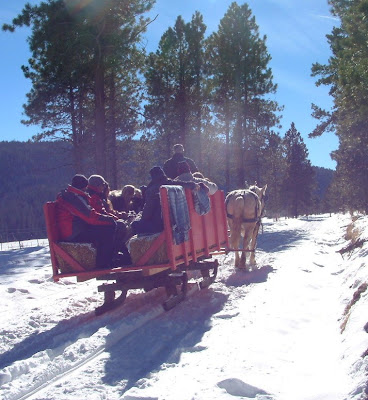 Meanwhile, back on the sleigh ride, Sellers is explaining to the passengers how the government bought the spectacular ranch from the Dunigan family of Texas in 2000 for a little over a $100 million.

The preserve is well known for its legendary trophy bull elk and boasts a resident population of about 3,500 of the massive animals. A typical hunting season results in the culling of about 250 to 270 animals with the success rate running as high as 70 percent, he said.

And in the summer anglers can apply for the preserve’s lottery system to draw a permit to fish for trout in the upper stretch of the popular San Antonio River. The river is divided up into ten, approximately mile long, parcels of water which allows anglers the solitude of fishing an untouched piece of stream for the day.

Hikers can find any number of trails to traverse through the preserve including free access, no permit required, to two trails, Coyote Call and the Valle Grande Trail on the south side of State Road 4, across the highway from the ranch headquarters.

And this upcoming summer anglers may be allowed under a proposed plan to fish the heavily populated waters of the East Fork of the Jemez River which runs through the meadows fronting the highway, Dixon said.

The proposed plan would allow some form of daily access without having to go through the lottery system so anglers could simply show up and fish, Dixon said.

The proposal is still in its planning stages so public comment is encouraged to help formulate the final outcome, Dixon said.Comments can be sent to comments@vallescaldera.gov or sent by post to the Valles Caldera Trust at PO Box 359, Jemez Springs, NM, 87025.
As the sleigh ride wrapped up its hour-long, three mile ride, Sharp pulled up the horses to allow the passengers to watch a coyote lope across an open field, its nose down to the ground.

Sellers explained how the coyote will use it finely tuned hearing to listen for the sound of rodents scurring about under the snow and then leap high into the air to then pounce upon its unsuspecting prey.

Riding back to the parking area in a warm van the group chatted excitedly about their afternoon and enjoyed the camraderie of having enjoyed a special day together.

“This was way too cool,” one of heavily bundled kids said.