San Juan Lock Down – River, Lake to be Closed by Furloughs 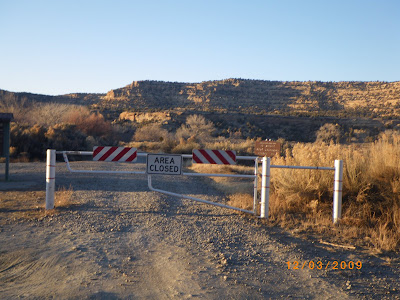 Anglers headed up to Navajo Lake State Park for a little fishing the day before Christmas might be surprised to find the river and lake closed to the public due to state employee furloughs imposed by Governor Bill Richardson.

“This is ridiculous,” says Larry Johnson of the San Juan River Guides Association and owner of the Soaring Eagle Lodge.

Johnson argued that closing of the state park which includes Navajo Lake and the quality waters of the San Juan River at Navajo Dam will not only cost the state much needed revenue from user’s fees but also harm local businesses dependent upon park visitors for income.

“I don’t understand why they couldn’t just keep the park open with a skeleton crew instead of closing it for an entire day,” Johnson said in a telephone interview.

Ironically that’s what Navajo State Park employees will be doing the following day when they open the gates back up again on Christmas morning.

The river and lake is also slated to be closed to anglers on Jan. 15, the Friday before Martin Luther King, under the governor’s furlough plan.

Johnson said he first heard about the closings from the local state park employees who had been informing local fishing guides and other businesses in the area about the impending closings.

Outdoors New Mexico had heard the same rumors and had been attempting to confirm the reported closings last week but was stymied by a wall of silence from the governor’s appointed public information officers and state agency directors.

Simon, the governor’s state parks director, declined to respond to calls for details about the reported closings and his response to emails was to refer all questions to the governors’ office.

“We have not yet finalized the furlough plan that will be presented to the State Personnel Board which means it is premature to speculate on the impact to state parks or any state services,” Gallegos wrote in a Dec 2, 2009 response to our inquiry.

But by Monday Dec. 7 Gallegos was issuing a press release stating that State Parks would be given a reprieve to allow staggered furlough dates so the state’s 34 parks could remain open during “popular holiday weekends in the spring.”

The press release notes that the furlough plan is still subject to approval by the State Personnel Board.

The board, all governor appointees, is slated to meet Dec. 16, 2009, in Albuquerque at the National Hispanic Center at 1701 Fourth St. SW at 8:30 a.m. to consider the furlough plan, said Sheila Zamora, Board Administrator for the State Personnel Board.

The meeting is open to the public and anyone who wishes to comment on the furlough policy could send emails addressed to the board through her at sheila.zamora@state.nm.us.

The Director of the State Personnel Board, Sandra Perez, also a Richardson appointee, declined to return calls and email messages seeking further specifics about the board’s policy making process.

The governor’s latest furlough plan includes not only the day before Christmas but four other dates in the upcoming year including Jan. 15, March 5, April 2 and May 28.

Two of those dates fall in line with other holidays which effectively create four day weekends for furloughed state employees.

One of those dates is in conjunction with Memorial Day weekend and Johnson had questioned the logic in closing a state park such as Navajo Lake State Park the day before the beginning of one of the summer’s busiest outdoor recreational weekends.

“Imagine showing up to claim a campsite the night before and finding the gates locked,” he said. “It’s crazy.”

Such a closure at Elephant Butte State Park in southern New Mexico which routinely sees upwards of 100,000 visitors on Memorial Day weekend would have wreaked havoc, Johnson noted.

Apparently state parks administrators thought so too, and were successful in sparing themselves such a scenario but not before unchecked rumors and misinformation had already been spread.

Now anglers hoping to get a jump on the yuletide holiday by visiting the San Juan on Christmas Eve are officially out of luck.

Marti Niman, Public Information Officer for State Parks, finally confirmed on Monday that park gates to day use areas on the river at Navajo Dam would be closed on Christmas Eve day but she couldn’t say whether anglers slipping past the locked entrances, some just installed, would be treated as trespassers.

Niman said she hoped to have an official press release regarding the Christmas Eve day closure and others out sometime this week.

The river and lake will also be closed an off limits to anglers on Jan. 15, the Friday before Martin Luther King, under the furlough plan.

Initial reports from state park employees about the closing on Navajo Lake State Park suggested that security guards would be hired to patrol the lake and the river to keep trespassers out because park rangers would have the day off.

All of which drew scoffs from some like Johnson who questioned the logic behind the state’s plan in a Dec. 4, 2009 guide association letter to Simon.

“Does the costs savings of furloughed onsite employees outweigh the loss of revenue, hiring of security officers to prohibit the public’s access to the parks, and the costs of constructing new physical barriers at multiple park access points? ” Johnson asked. 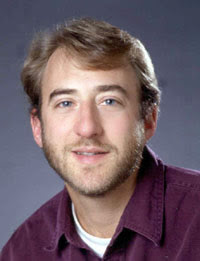 Simon had yet to reply to the guide association’s letter by the time the governor’s office issued its latest press release.

Yet despite the park’s closing, fly shop owner, Ray Johnston of Float and Fish in Navajo Dam, says he will still be open Christmas Eve day.

“That’s my customer appreciation day,” Johnston says.” Been doing it for years.”

The shop will be open as usual and will be serving up free red chile stew, pinto beans and tortillas for customers.

“We usually get a pretty good crowd,” he says. “People come from all over to fish the river during the holidays you know. That’s why I just don’t understand what they (state parks ) were thinking.”

Johnston said he’d have to cancel some fishing trips he had scheduled for Christmas Eve day and will have to do the same for upcoming furlough dates too.

The world class San Juan River brings in thousands of fly fishing fanatics each year to chase big trout on small flies and contributes upwards of $30 to 40 million to the state’s economy.

And while news of the state park closure might keep some anglers away, others might see this as an exciting opportunity to sneak down to the river and have the place all to themselves for a change.

In the meantime, Richardson’s battle with the state legislature over a projected budget shortfall of about $650 million continues.

Richardson called the state legislature in special session recently where lawmakers crafted bills calling for 7.6 percent across-the-board cuts to all state agencies and a reduction in the number of Richardson’s politically appointed positions.

Richardson declined to sign the laws and instead offered up his own executive remedies including the furloughs which are expected to produce about $11 million dollars in savings.

This comes on the heels of reports that state government has grown a reported 50 percent during Richardson’s two terms.

Richardson has also ordered a freeze on all legislators’ capital outlay projects not already underway including his own $250,000 allocation for habitat improvement projects on the San Juan River.

That money had been earmarked for use in diverting runoff from Rex Smith wash at Texas Hole, a primary source of silt and sediment coming into the river which many blame for a perceived decline in the fishery’s quality.

Posted under Uncategorized
Comments Off on San Juan Lock Down – River, Lake to be Closed by Furloughs