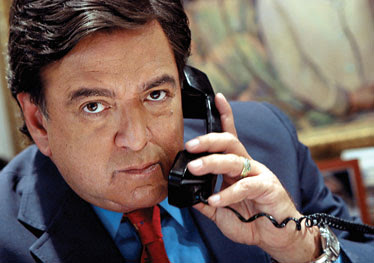 A habitat improvement project designed to reduce silt and sediment and improve fishing on the popular San Juan River has been put on hold in the wake of Governor Bill Richardson’s decision to freeze all capital outlay projects.

“It’s on hold,” says Marty Frentzel, Chief of Public Information and Outreach for the state Department of Game and Fish.

Up until the Governor’s order came down, the department had been working on issuing a formal request for proposals (RFP) for engineering plans to install habitat improvements in the Braids section of the blue ribbon trout fishery and to divert Rex Smith Wash to keep silt laden runoff from dumping into the river at Texas Hole.

The habitat improvement project had been one of Richardson’s own initiatives that he undertook at the behest of local guides last year for which he sought and obtained $250,000 in funding from the legislature.

But Richardson has since become embroiled in a budget battle with the legislature over an estimated $650 million budget shortfall and he has now ordered all capital outlay projects frozen, including his own.

The move comes on the heels of a recent special session of the legislature during which lawmakers crafted bills for Richardson’s consideration that includes deep cuts to state agency budgets and a reduction in the number of Richardson’s paid, political appointees.

In ordering the capital outlay freeze, Richardson says he took exception to the fact that legislators did not make any effort to trim its inventory of taxpayer funded projects.

“I am taking this bold action since the Legislature chose not to cut even one dime of its pork projects,” Governor Bill Richardson said in his October 26 press release. “These pork projects should be the first to be cut before we take any action that affects people.”

Only those projects that already have third-party agreements will be honored as of Oct. 23, the press release states.

The freeze on capital outlay projects will remain in place through the next legislative session in January when the issue can be revisited, the press release concludes.

The press release notes that the freeze applies to all capital outlay projects, including the governor’s.

The freeze came just weeks after the state Department of Game and Fish announced that they would be seeking new bids for the habitat improvement project on the San Juan (see related story ).

The department had declined to hire one of the two firms, out of about six that had been solicited to submit proposals this past summer.

The department decided it would be best to pursue the more formal process of requesting proposals before proceeding.

“The Department determined that a broader solicitation was warranted in order to ensure the best possible outcome is achieved,” Frentzel said at the time.

The Braids and Rex Smith projects were called for by a working group of San Juan River stakeholders during a meeting earlier this summer.

Funding for the projects came as controversy raged over the perception that fishing conditions on the river had declined due to low flows implemented by federal operators of the dam over the last decade to accommodate endangered fish downstream.

It now remains to be seen whether funding for the habitat improvement projects will be reinstated or if after more than a year of behind-the-scenes political lobbying, intense public debate and other efforts to help the river, have all been for naught.

In the meantime, Governor Richardson is taking public comment before making any decision about the cost saving bills the legislature sent him during the special session.

Richardson has until Nov. 12 to make his decision.

And while he decides, the Albuquerque Journal reports that the state budget has grown more than 50 percent under Richardson’s watch. The state now has 24.5 state workers for every 100 in the private sector, compared with the national average of 16.22. About 400 state workers were added to the state’s payroll last year alone at a cost of $1 million every two pay periods and 468 political appointees have joined Richardson’s administration during his two terms, the Journal reported.

To register your views on the budget situation email the governor at Special.session@state.nm.us.