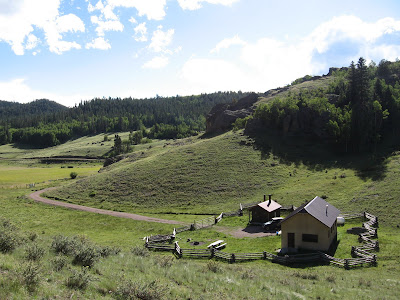 Maybe it’s because so many of the same Spanish settlers who colonized New Mexico went on to do the same in places like the San Luis Valley, where a Spanish/Mexican land grant fueled much of the area’s development.

Taking a drive across our northern border today reveals many of the familiar scenes related to Hispanic settlement of the region, including iconic churches, a farming and ranching culture and weathered faces peering out from under straw hats. 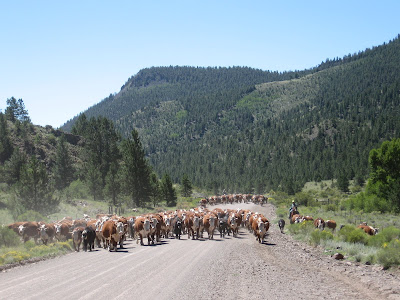 But one might be surprised to discover that the first Anglos to settle in the valley were Mormons who established the town of Manassa, birthplace of the great heavyweight fighter Jack Dempsey, and also hometown of current Secretary of the Interior, Ken Salazar. 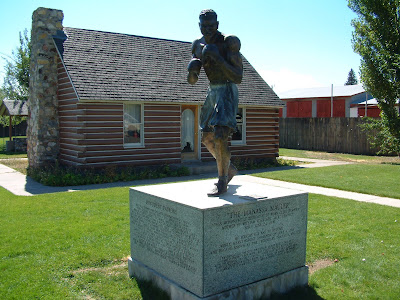 And the area’s agricultural base has drawn many Amish and Mennonite farmers who now can be seen traveling by horse-drawn carriage along back roads or frequenting the town market, clad in their distinctive, handmade clothing. 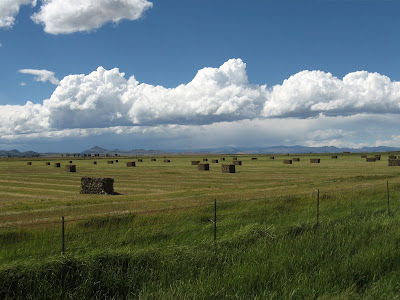 Bordered on the west by the San Juan Mountains and towns like Antonito and Del Norte, the valley extends east to the Sangre de Cristo mountains and the oldest town in the state, San Luis, founded by New Mexican settlers from the Taos and Mora areas in 1851.

To the north one will find the funky little town of Saguache and one of the state’s easiest mountain passes to cross at Poncha Pass. To the south the valley flows just across the state line into northern New Mexico before fading to high country desert around Tres Piedras.

The primary route north through the center of the San Luis Valley is U.S. 285 while the main east and west highway is U.S. 160. 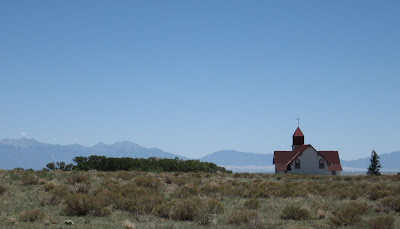 While traveling through the area one might be interested to know that many of the valley’s farms produce much of the barley used to brew Coors beer. It is also home to the headwaters of the Rio Grande, whose waters nourish New Mexico, and, it is the location of one of the largest, solar powered, electric power plants in the country.

It’s also where the National Forest Service maintains a number of remote cabins for rent where visitors can relax in simple comfort while enjoying the vast array of recreational activities found here. 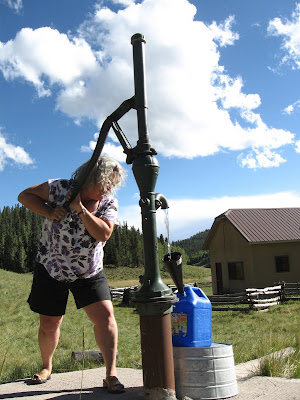 For more info and reservations go to www.recreation.gov and check under cabins/lookouts in Colorado. 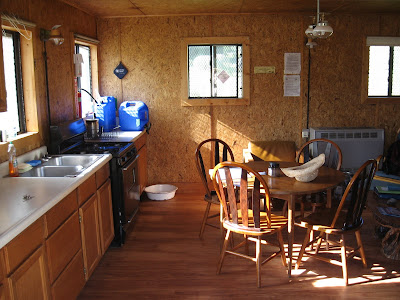 The surrounding forest is dotted with rolling hills and pastures highlighted by amazing volcanic rock formations. 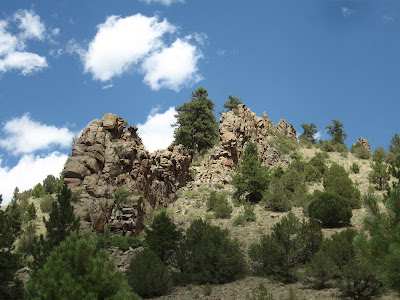 Guests at the guard station are just a short drive from Penitente Canyon, where rock climbers now flock to once what was a spiritual hideaway of the secretive religious brotherhood.

Visitors to the cabin will find numerous forest roads to explore with many leading to intriguing places where wildlife can be seen, fish caught and relaxation found. 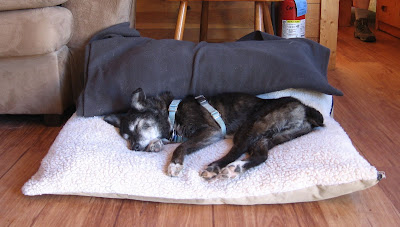 The uniqueness of the area is its lack of highly popular and heavily used recreational sites, which allows visitors to enjoy a greater degree of solitude even during the peak of the summer tourist season.

Those using the cabin as a base can make any number of day trips to local attractions like the town of Saguache where while visiting the historic downtown district one might catch Saguach Cresent Editor and Publisher, Dean Coombs, putting out what is perhaps the last newspaper in the country produced by a Linotype, hot lead, printing machine. 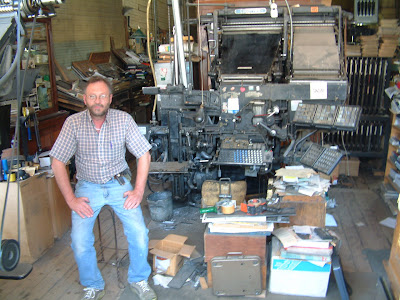 Saguache even features a theatre where visitors can catch a movie over the weekends as well as a fine town park in which one can lounge on the grass in the shade of many towering trees.

Day trips in the area could include a visit to the Great Sand Dunes National Park with perhaps an evening in a pool at any of three hot springs resorts found nearby. There’s an alligator farm and UFO watchtower to be investigated and a church in San Luis where bronze sculptures depicting Christ’s Stations of the Cross lead up a hillside to a church with twin spires.

Back in the woods, fishing can be found on any number of small creeks running through the forest, but the best might be had just off Highway 114 on the drive over to Gunnison. 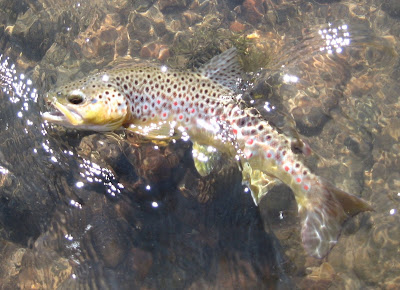 Flowing through a canyon, Cochetopa Creek, holds wild brown and brook trout and anglers can stop at any number of roadside pullouts to bust through the streamside brush and fish for them.

Continuing down the road, anglers will find fishing available, with permission, on private ranches, such as Kreuger’s, which is stocked with fish by the state.

And maybe the best part of a visit to the San Luis Valley might be a stop at the no-name, burger joint on the outskirts of Antonito that features green, chile, cheeseburgers that rival anything found in New Mexico. 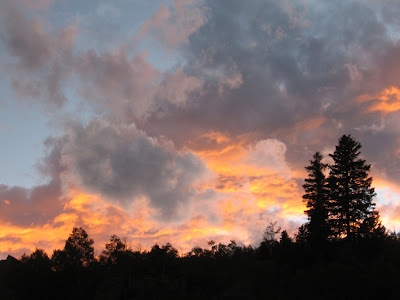 If You Go:
From Santa Fe, head north on U.S. 84/285 through Espanola and follow to where the route splits at the turnoff to Ojo Caliente and Antonito.
Follow U.S. 285 north through La Jara and Monte Vista towards Saguache.
After passing through the turnoff to Center watch for the La Garita turnoff at Road G. Follow to Forest Road 41G, about 17 miles to the cabin. Gas, beer, groceries, food and the cabin key can be picked up at the La Garita Trading Post.
Posted under Uncategorized
Comments (1)