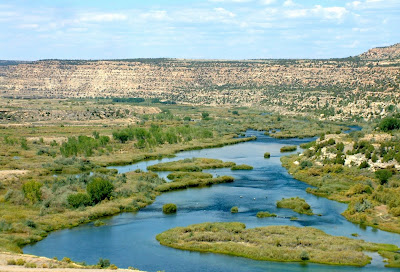 A $250,000 appropriation to fund more habitat improvement projects on the quality waters of the San Juan River has survived the recent legislative budget battle and the state Department of Game and Fish can now move ahead with plans for improvements to the trophy class, trout fishery.

“The San Juan River remains a high priority for the Department. We are pleased that this money is still available to maintain the quality fishing experience known by so many anglers,’ said Marty Frentzel, Chief of Public Information and Outreach for the Department. “ We plan to re-evaluate the projects we planned last year, determine if they are still our priorities, then implement the projects as quickly as possible.”

The department learned this week that the $250,000 appropriation sought and secured by Governor Bill Richardson during the 2009 legislative session was still available for use. It was thought that the funds had been lost during recent state budget cuts to address a massive shortfall, said state game Commission Chairman, Jim McClintic. 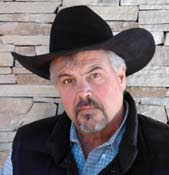 “This is great news,” McClintic said. “The Governor really came through for us on this.”

The $250,000 appropriation had been funded through the sales of bonds last year and still remained available for use after the Governor’s freeze on all capital outlay projects was lifted in February, said Linda Kehoe, Principal Analyst for the Legislative Finance Committee.

Richardson’s Chief of Staff, Gilbert Gallegos, confirmed after consulting with the Department of Finance and Administration, that the money was indeed still available.

However, another 2,500 stalled capital outlay projects with a cost of about $141 million that had been frozen by Richardson were subsequently eliminated to produce budget savings.

It’s expected that the department will now pick up where it left off last fall when it was in the process of seeking bids for plans to divert Rex Smith Wash at Texas Hole to reduce silt and sediment coming into the river along with storm runoff.  (see related story)

The plans sought would also include designs to improve an area known as the Braids, also at Texas Hole, to improve fish habitat and fishing conditions there.

The plans were the result of stakeholder meetings held in 2009 to formulate ideas to maintain angler satisfaction at the popular fishing destination.

Richardson had stepped in with the funding as controversy raged that year over the perception that fishing conditions on the river had declined due to low flows implemented by federal operators of the dam over the last decade to accommodate endangered fish downstream. (see related story)

The San Juan River fishery is estimated to contribute an estimated $30 to $40 million to the state’s economy each year while accounting also for a significant portion of the state’s overall fishing license sales.

News that the funding was still available was welcomed by those who live and work on the river.

“That’s’ thrilling news,” said Larry Johnson, Secretary of the San Juan River Guides Association. “It’s our hope and desire that they expedite the bidding process before we lose it again. “

The funding has a shelf life of about four years, Kehoe said.

But the department needs to get its bids in and select a contractor to start on the project before a new administration comes in and possibly reauthorizes the money for something else.

“They better get cracking if they hope to hang onto it,” Kehoe said.

Johnson said previous habitat improvement projects the department has built on the river have yielded excellent results and that the money has been well spent and a great benefit to anglers. (see related story)