Ortiz Mountain Ranch, Great Views, Stellar Hiking, Plenty of Wildlife But Should We Buy It?

Its peaks dominate the skyline, running like a roller coaster across the eastern horizon and creating a mesmerizing vista for motorists traveling along the Turquoise Trail scenic byway.

It’s about 12,000 acres of rugged mountain land dotted by pinon and juniper trees with incredible views, abundant wildlife and the fleeting possibility of public ownership.

Located just outside of the funky little town of Madrid, the Ortiz Mountain Ranch served as the summer home for the family of Edmund F. Ball of Muncie, Indiana.

An heir to the Ball family industrial dynasty, makers of the famous canning jars, Edmund Ball, told the now defunct Crosswinds weekly, in a 1997 article about New Mexico’s largest land owners, that he wanted the ranch preserved as natural habitat “forever.”

Ball loved the West, enjoyed being a gentleman cattle rancher and upon his death in 2000 at the age of 95, left the Ortiz Mountain Ranch to the Nature Conservancy. 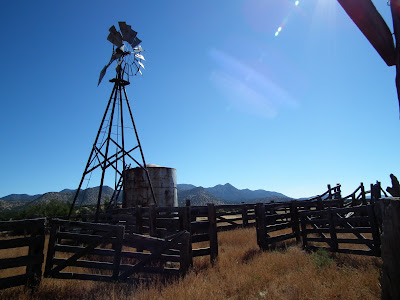 Ball wanted the property preserved as open space and his surviving family members hope his wish is fulfilled.

“I think in particular he’d have wanted it made into a state park,” said his son, Robert Ball, 57, of Traverse City, Michigan.

The ranch land is protected by a conservation easement which prohibits any housing subdivisions or industrial uses such as sand and gravel mining in exchange for substantial tax benefits.

Robert Ball said he remembers fondly the summers he spent working as a ranch hand on the property south of Santa Fe off State Road 14.

Ball’s mother, Virginia, was also interested in conservation and served on the board of the National Wildlife Federation, he added.

Ball’s father was a WW II veteran who earned the Bronze Star while serving as an Army officer during military campaigns at Anzio, Salerno and Sicily. He was also a pilot who flew high performance aircraft regularly and served on numerous boards including the Public Broadcasting Service (PBS).

Now, his beloved ranch is in the hands of the Nature Conservancy, a national non-profit organization dedicated to preserving natural resources, while the ranch house, sitting upon a section of land, 640 acres, is still owned by Ball’s heirs.

Gov. Bill Richardson’s administration was able to secure a deal to purchase both pieces of property on behalf of the state for a little over $2.9 million, according to Jodi McGinnis Porter, spokesperson for the state Energy, Minerals and Natural Resources Department (EMNRD).

The Richardson administration proposed purchasing the park with federal stimulus dollars for expansion of the newly created Cerrillos Hills State Park just outside the historic mining town of Cerrillos and for use as a wild horse sanctuary. 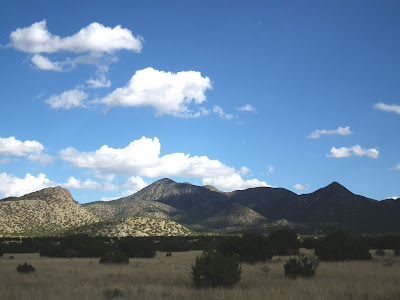 The acquisition would help support the local economy, promote tourism and provide hiking and other recreational opportunities to the public, according a press release touting the purchase.

And as noted by Jim Noel, Secretary of EMNRD, in an op-ed he wrote for www.nmpolitics.net, buying the ranch at less than $230 an acre is a “tremendous deal” for the state and future generations of New Mexicans will be thankful for it.

But the deal has apparently hit a snag due to public outcry over the use of federal stimulus dollars for the purchase while other worthy projects, such as the Cumbres and Toltec Scenic Railroad’s burned out and yet to be repaired railroad trestle in the tourism town of Chama, remains underfunded.

The purchase was slated to go before the state Board of Finance for approval in September but has since been taken off the agenda and McGinnis Porter, of EMNRD which oversees state parks, declined to comment when asked about the current status of the ranch purchase.

The purchase is opposed by gubernatorial candidate Diane Denish, who is Richardson’s lieutenant governor and a member of the state Board of Finance.

In the meantime the property continues to sit unused, off the sides of State Road 14, just up the hill from Madrid and seeing it makes for a wonderful daytrip.

During a recent visit with real estate broker, Larry Brow of Azure Enterprises, it became apparent that the ranch would provide the visitors to the area with a welcome stop along the scenic and very lonely back road to Albuquerque.

With sweeping views of the Rio Grande Valley, the Jemez Mountains to the West and even Cabezone Peak far off in the distance, one can only imagine what it would be like to camp on the upper reaches of the 8,000-foot mountains here.

Looking back towards the north and east towards Santa Fe, one is presented with an amazing view that rivals anything that can be found in the region.

Brow said because the ranch has been unused for many years it has become home to a good population of mountain lions, black bear, eagles, hawks and other creatures.

Looking out over the landscape from these mountains it is easy to see why the Ball family found it such a refuge and how the public might, too.

Take Cerrillos Rd. to State Road 14 to Madrid, continue through town up a hill and upon descending the other side look for the intersection of County Road 57A heading west towards Santo Domingo Pueblo. The highway here runs through ranch property with a smaller section on the west side of the road and the larger tract, including numerous mountains peaks, on the east side. No trespassing permitted.

One Response to Ortiz Mountain Ranch, Great Views, Stellar Hiking, Plenty of Wildlife But Should We Buy It?