Fish Sumner Lake While You Can This Winter 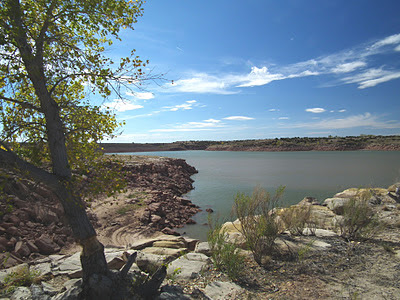 Despite reports to the contrary, New Mexico’s popular walleye fishery on the eastern plains, Sumner Lake, has not yet been drained and could actually turn out to be a hot spot for anglers this winter.

“We’ve got plenty of fish here and they’re all bunched up by the dam,” says Sumner Lake State Park Ranger, Lewis Hancock. “People should get out here and go after them.”

The lake’s size shrunk considerably this summer due to the drought and irrigation demands but it still retains a large body of water on its southern end by the dam face where depth is about 20 feet.

The spillway and river below the dam also hold large numbers of fish that have passed through the outlet along with irrigation water, Hancock says.

Storage at the lake stood at about 2,100 acre feet the last week of October which is about 5-percent of its normal maximum capacity of 43,768 acre feet, says Carolyn Donnelly, Water Operations Supervisor for the federal Bureau of Reclamation in Albuquerque.

Due to the low level of the lake competent anglers should find fishing from the bank very productive, Hancock says.

Large and smallmouth bass are still biting and walleye will remain active throughout the winter, Hancock said. The river below the dam is typically stocked with trout during the winter months too, he said.

The state Department of Game and Fish issued a salvage order in early October allowing for the unlimited taking of sport fish at the lake after receiving reports that the lake was being drained.

The salvage order has since been rescinded, the lake’s level has stabilized and boats can take to the water again.

And with the irrigation season ending on Oct. 31 it should slowly begin refilling due to a steady supply of inflow, about 140-acre feet a day, from the Pecos River and other upstream water sources, Connelly says.

Some of that water will continue to be released downstream to keep the Pecos River wet for the benefit of the blunt nosed shiner, a fish native to the river and listed as a threatened species by the US Fish and Wildlife Service, she said.

And some will also be lost to evaporation and other factors but the lake itself should accumulate enough water over the winter to sustain the fishery and bank some water for irrigation.

But next spring when downstream farmers with the Carlsbad Irrigation District (CID) call for their irrigation water the fishery will be once again threatened.

And with yet another dry winter expected due to an anticipated second year of a La Nina weather pattern it’s not expected that Mother Nature will be coming to the rescue like CID did last summer.

CID which owns the stored water in Santa Rosa and Sumner Lakes on the Pecos River had left a substantial amount of water in both reservoirs this past summer to avert draining the lakes and destroying the fisheries.

But the district might not be able to afford to be so generous at the beginning of next irrigation season, said Dudley Jones, CID Manager.

“We’re talking about people’s livelihoods and survival now,” he said. 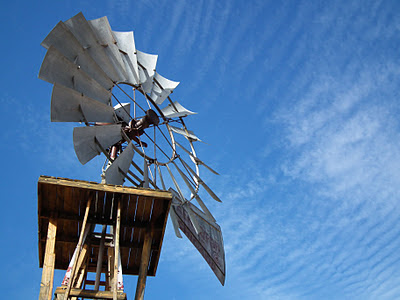 Another player in the mix, the Fort Sumner Irrigation District, has so far declined to participate in any low flow operation agreement in which they could contribute to a water conservation effort, Connelly said.

The Fort Sumner Irrigation District (SFID) is entitled to the stream flows from the Pecos River up to 100-cubic-feet-per-second but has no storage rights at either reservoir.

Thus that irrigation district typically asks for its due from the river while CID stores anything above 100 cfs that the river carries especially during spring runoff and the monsoon season.

But a lack of any measurable snowpack runoff last winter left Santa Rosa Lake and its downstream partner, Sumner Lake, in sad shape to start off the irrigation year and a sparse summer monsoon season did little to offset that.

Santa Rosa is now only holding about 9,800 acre feet, says Curtis McFadden of the Army Corps of Engineers in Albuquerque. That’s just about 4-percent of the lake’s 267,400 acre-foot peak capacity.

The federal Army Corp of Engineers oversees operations at Santa Rosa Lake while the federal Bureau of Reclamation does so at Sumner Lake.

Thus it would appear that Santa Rosa lake could be in trouble along with Sumner Lake come spring if the winter proves to be as dry as it is being forecast.

Sumner Lake saw visitation drop from over 100,000 in 2000 to a low of 22,000 in 2004, a couple of years after the lake had been drained nearly dry by irrigators and the fishery was destroyed, according to the park’s most recent management plan.

A 1996 New Mexico State University Economic Impact study of State Parks determined that state parks bring in about $12 million annually to nearby communities. 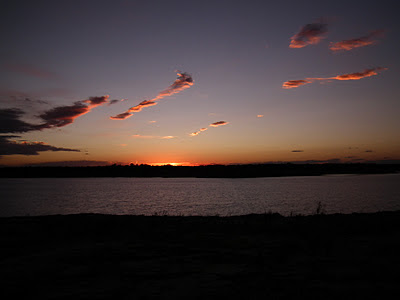 This story appeared in the Santa Fe New Mexican too.

One Response to Fish Sumner Lake While You Can This Winter